In an earlier blog post I did a teardown of a TYC synchronous motor.  We found that it was made of entirely plastic gears and was a little lacking in the quality.

Today I received a new batch of SUH DER SD83-A synchronous motors.  I purchased them directly from the manufacturer in Taiwan.  I also had an immediate need to replace a faulty one.

What follows is the teardown of the faulty motor.  The motor itself and its gears were all in perfect condition.  Its not pictured, but the failure occurred due to dirt and dust getting caught between the motor output shaft and the bushing on the front of the motor.

You may notice evidence of tampering to the motor in the picture below.  I had opened this motor previously in order to get it going again.  Brute force was involved, and it did work again, but it was time to find a new motor. 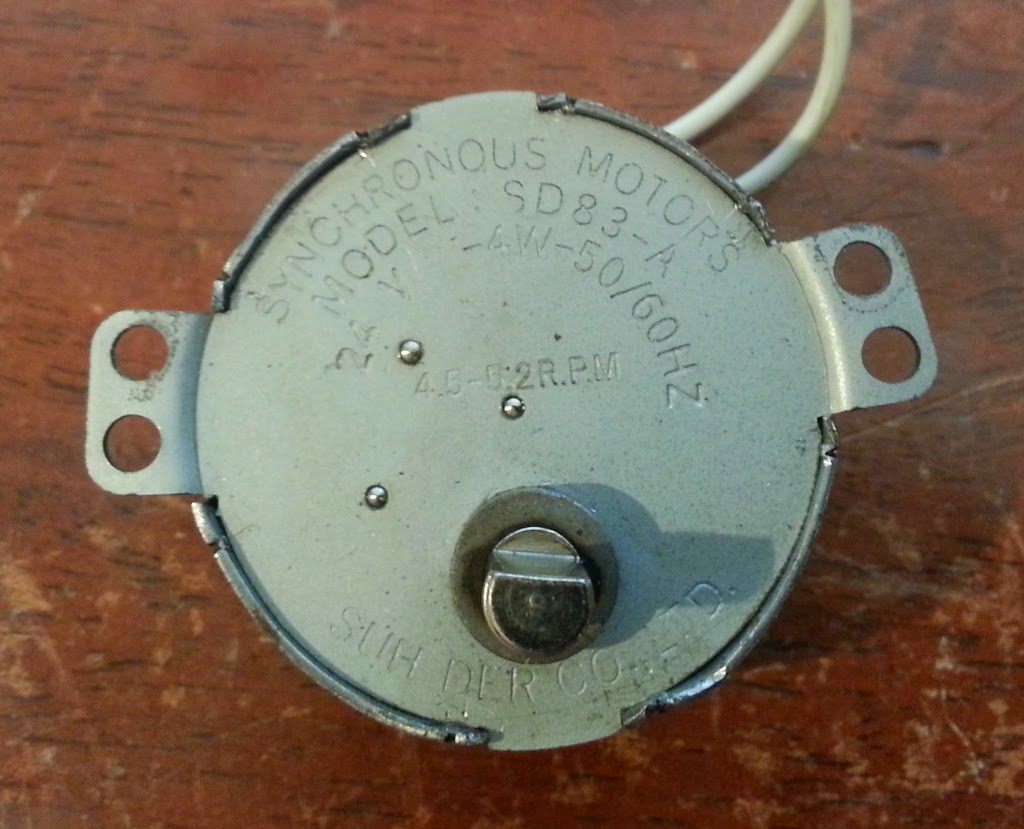 Motor with front cover removed.  We can see a mix of plastic and brass gears.  The large plastic gear appears to have a steel gear that mates with the brass gear.  It seems they have decided that plastic gears are good enough for the low torque part of the motor: 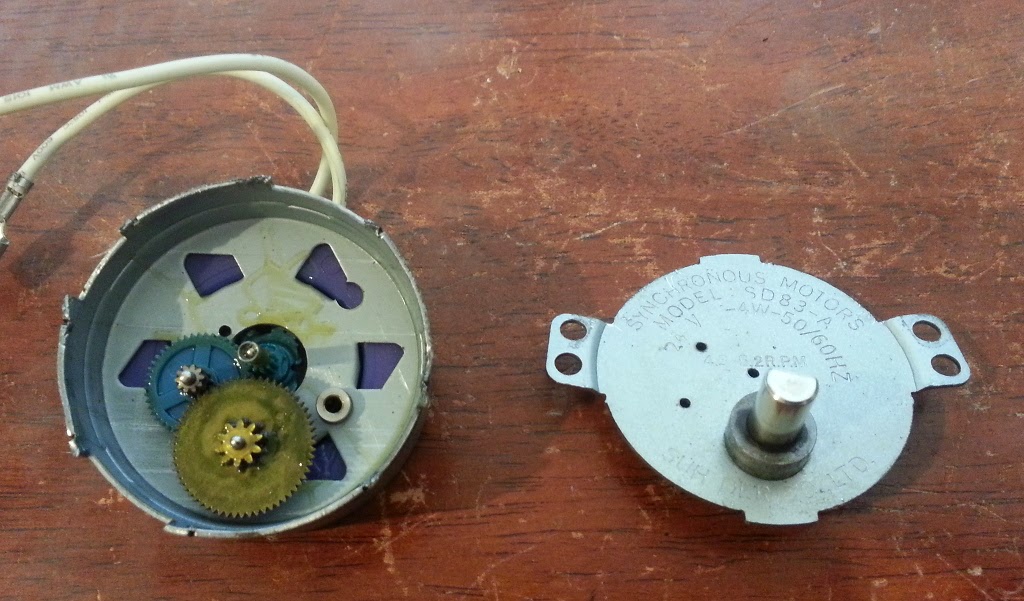 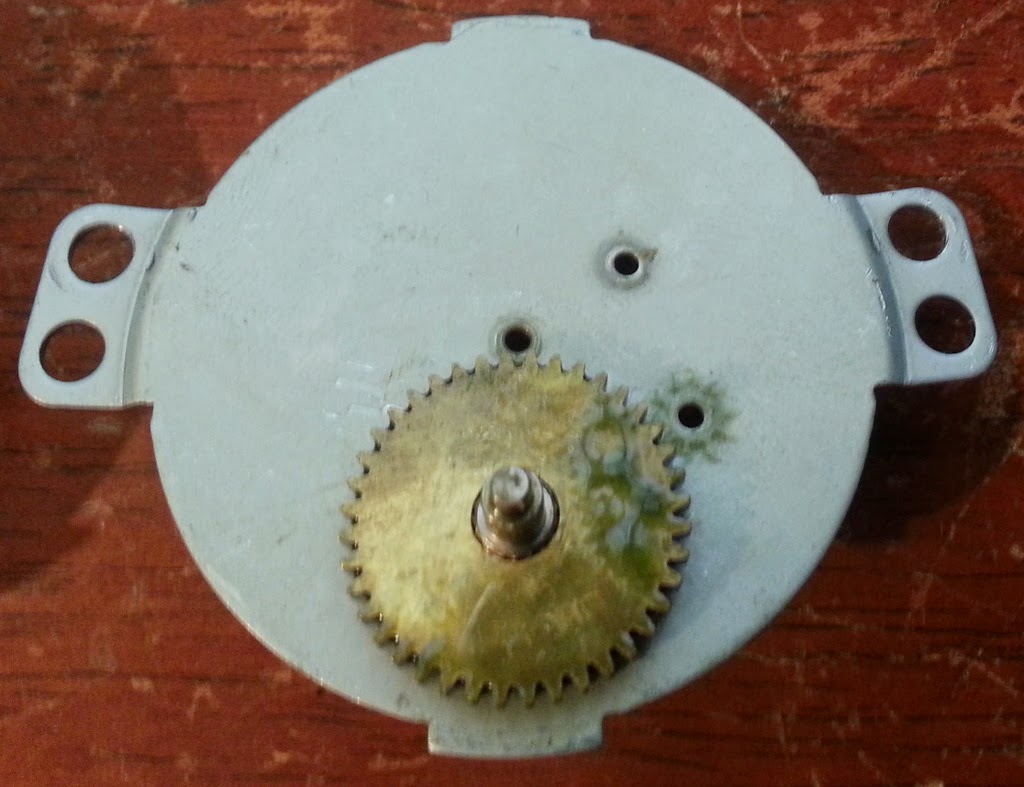 All gears have been removed, the motor output shaft is seen here, along with its plastic gear: 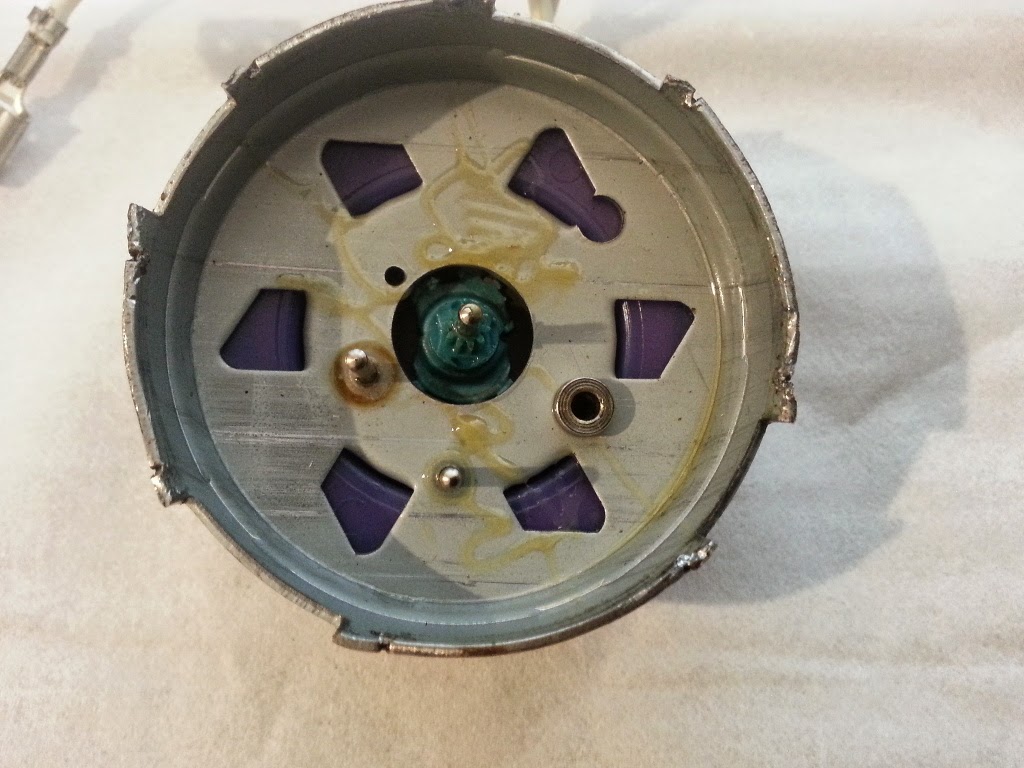 Metal cover removed.  The metal cover is pressed into the exterior motor housing: 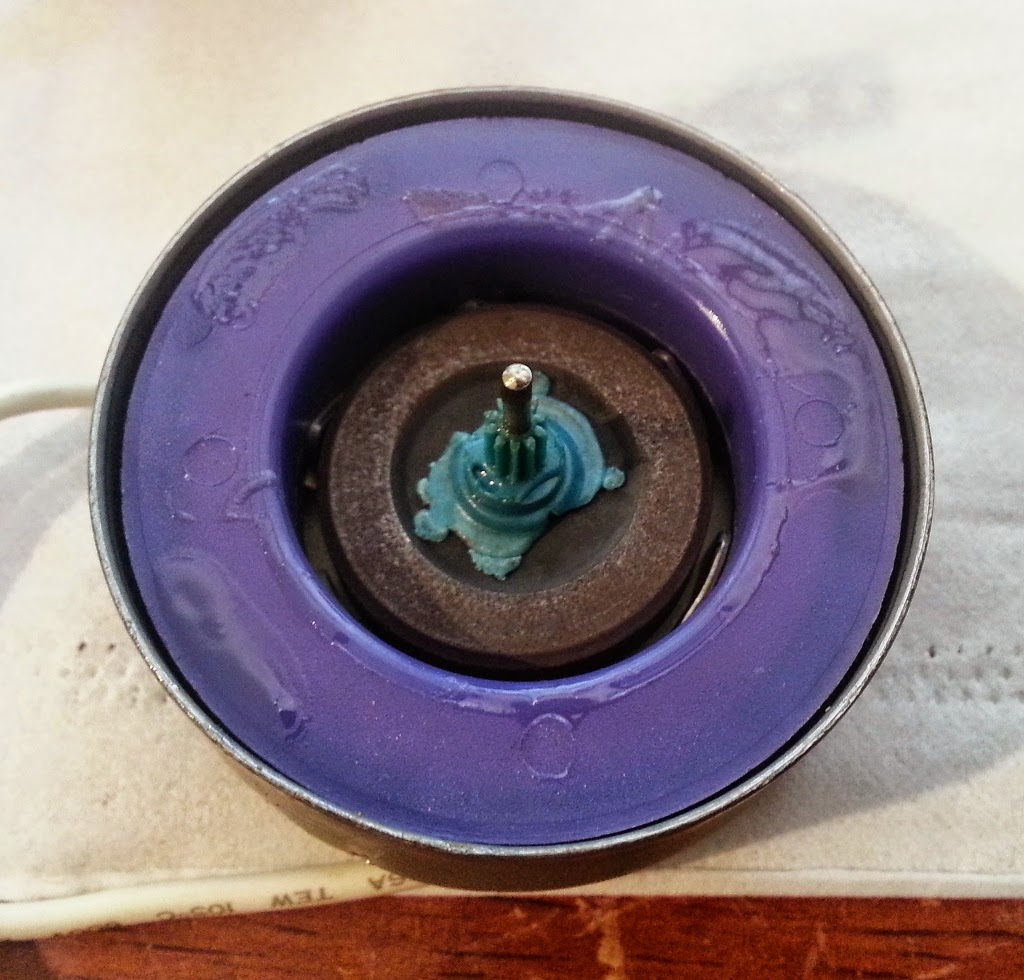 Close up of the motor's rotor: 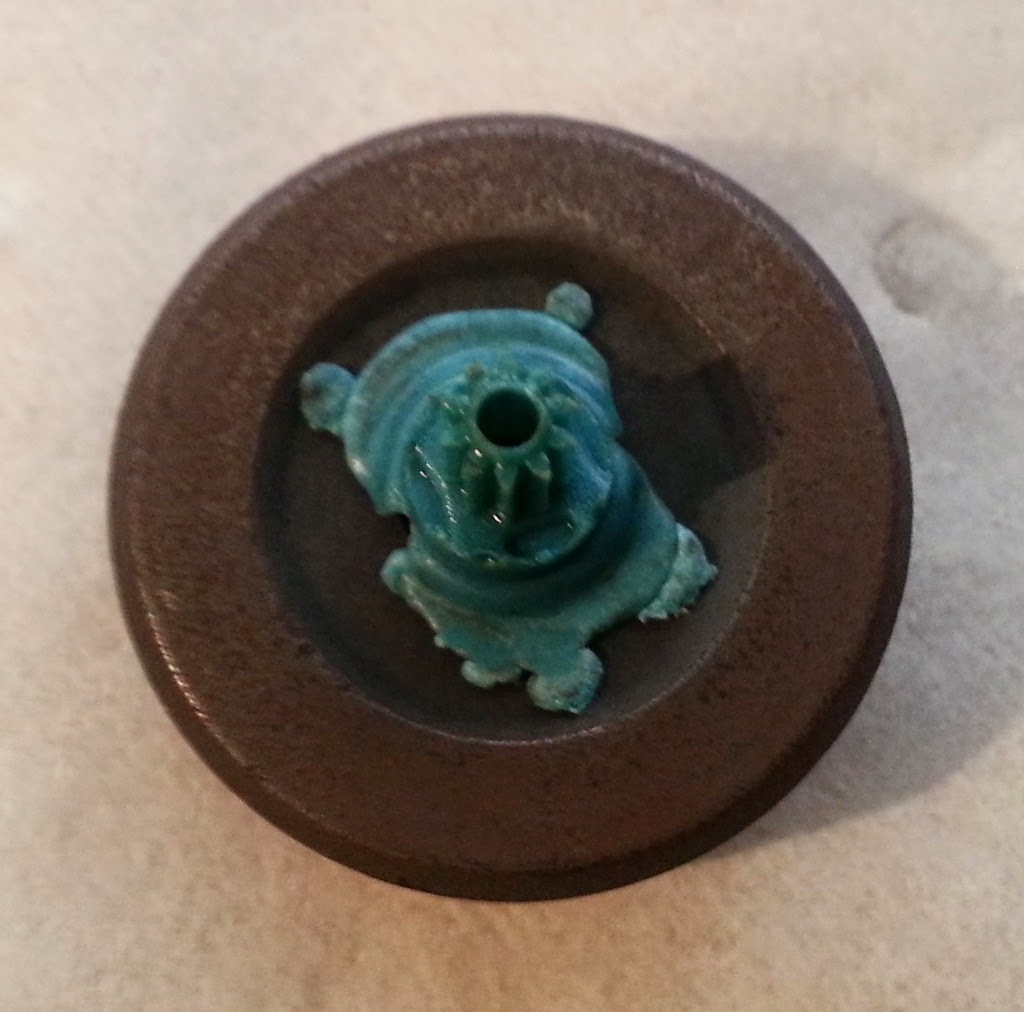 Motor stator (the purple thing - it contains the winding for the motor) and the remaining shell that the stator was sitting in: 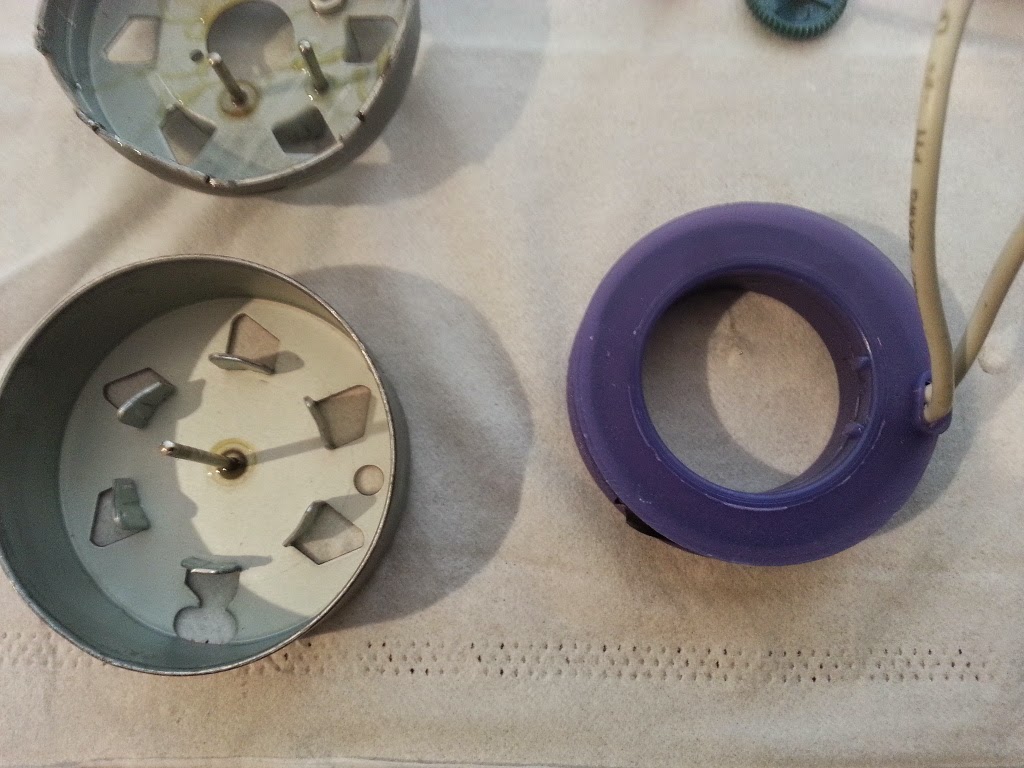 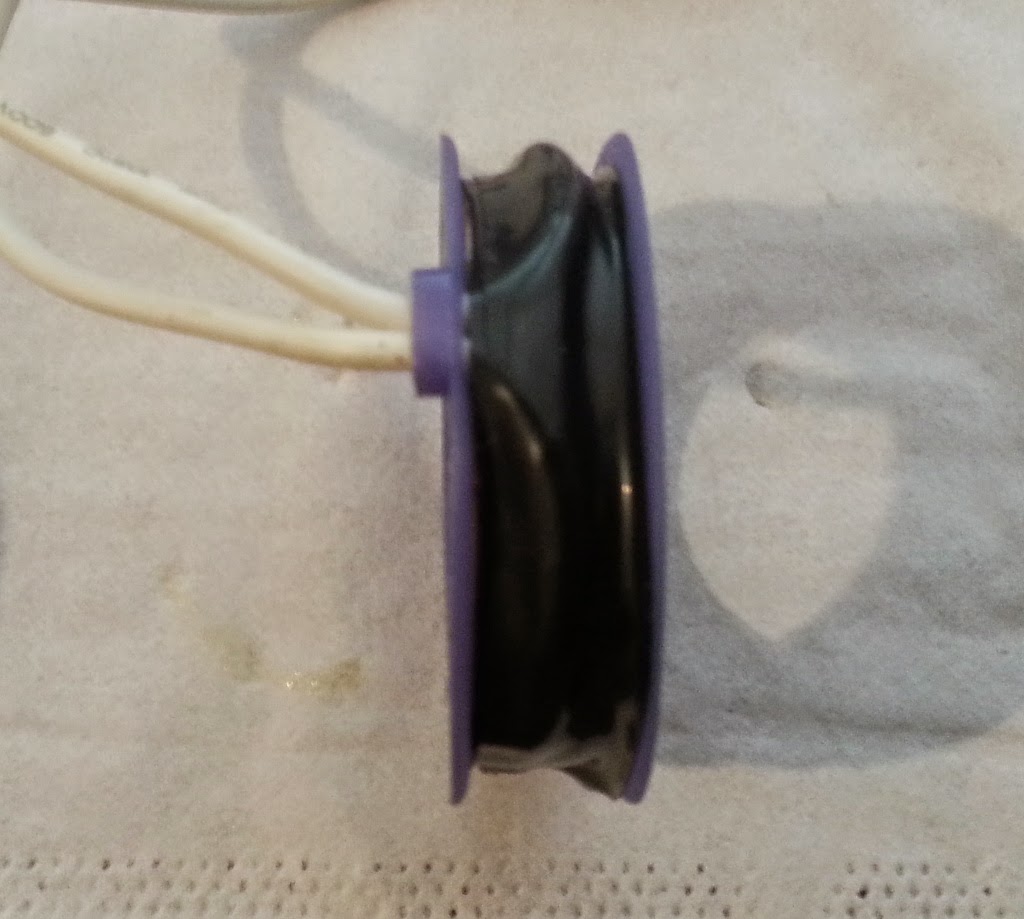 Motor stator, insulation tape removed.  Beneath the wires appears to be masking tape: 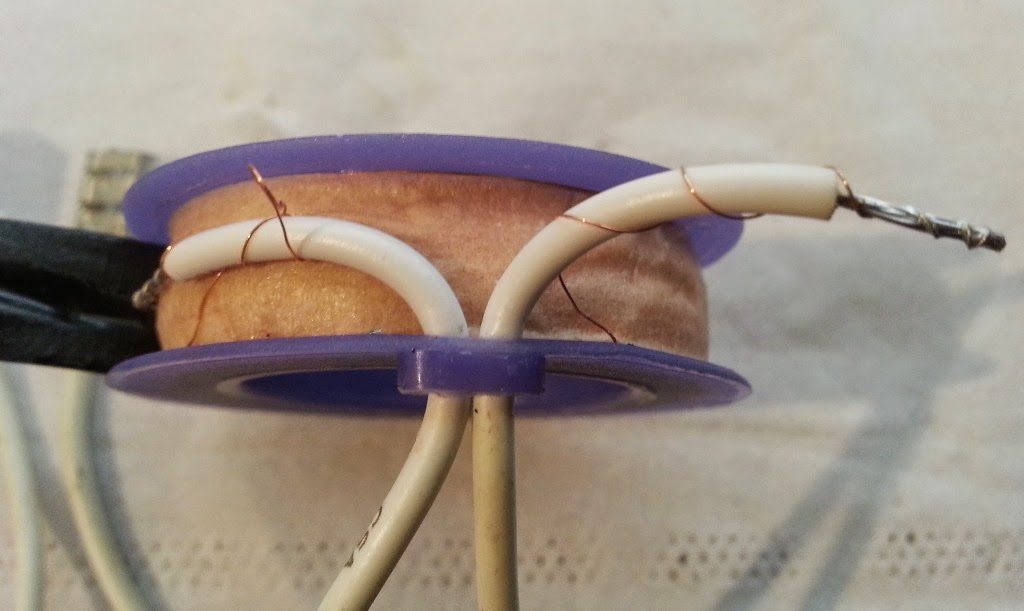 All of the bits and pieces that made up the motor: 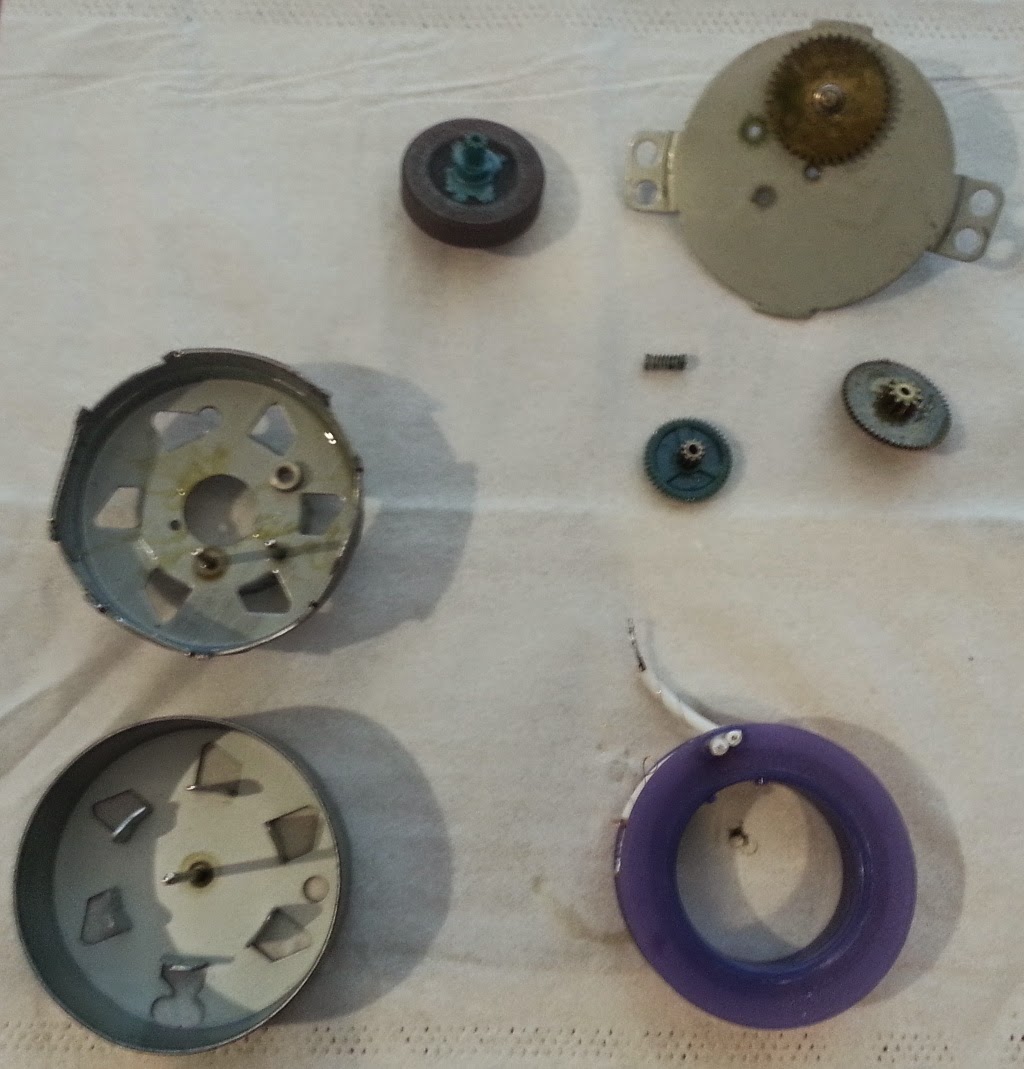 You can compare the construction of this motor with a cheap eBay motor here:

All trademarks are the property of their respective owners.